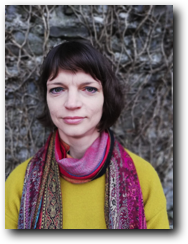 Tetyana Vlasyuk is originally from Kiev, Ukraine, where in 1999 she graduated from the Kiev State High School of Music with a Bachelor of Musical Art Degree, specialising in solo repertoire, accompanying and chamber Music. For the next three years she worked as a piano teacher and a choir accompanist in her native city. Tetyana arrived in Dublin in 2002 and became a student of the Royal Irish Academy of Music in 2004. She studied piano with Professor Deirdre Doyle, and later harpsichord with Dr. David Adams. In June 2008, she obtained a Master of Music in Performance Degree. Over the years, Tetyana has performed as a soloist and a member of Chamber ensembles in numerous concerts and festivals, including the Feis Ceoil in Dublin and Sligo, RIAM Annual Festival, Art in Action Festival. Prizewinning performances have included, 1st prize in the Deirdre Doyle Cup (2005), 1st Prize (2006) and 2nd Prize (2005) in the John Benson Cup, 1st Prize in the Audrey Chisholm Sonata Competition (2006) and 2nd Prize in the Advanced Performance Competition (2007, 2008) in the RIAM Music Festival. 2nd Prize in the Mabel Swainson Cup (2005), Very Highly Commended in the Mabel Swainson Competition (2006), and runner up in Mrs. M.T.Heneghan Cup (2008 and 2009) in the Feis Ceoil Festival. From 2009 to 2014 Tetyana performed numerous solo piano and harpsichord solo recitals in various venues around dublin, including the National Concert Hall. Her 2009 recital in John Field room, National Concert Hall which was critically acclaimed by Andrew Johnstone. His review in Irish Times said “Her programme combined intrigue with discernment…”, “…Vlasyuk conceded the performer’s chief tactical advantage … the element of surprise”, “Gloominess predominated in her thoroughly prepared and impressively controlled account of Liszt’s moody Ballade No 2…”) Tetyana has participated in masterclasses with such distinguished musicians as Pavel Nersessian, Christopher Elton, Bryce Morrison, Douglas Humphreys, Jeno Jando, John Perry and many more as part of Dublin Master Classes, Music Alp and Music on the Shannon summer schools.

From 2010 to 2017 Tetyana served as a music examiner in the RIAM Local Centre Examinations. She is also a keen accompanist with a particular interest in Baroque music.

Tetyana has more than 20 years teaching experience having started back in Ukraine in 1999, she was fortunate to absorb both Eastern European and Western piano school traditions and blends them successfully in her teaching. Some of her students have achieved prizes in National competitions and have been nominated for RIAM high achievers award.

Though very proud of her students’ successes, Tetyana considers the main purpose of her teaching is developing love and understanding of music that the students would carry throughout their lifetime.
Tetyana can identify straight away where my difficulties lie.  She is always encouraging practice by giving advice on techniques/ways to improve, therefore acting as a great motivator.  She has a genuine care for her students, as I see all teachers at the school do.  I would consider lesson time well spent.
Ailish Mc Garrity, adult student
Gabrielle really enjoys it when Tetyana accompanies her.  Tetyana gives loads of advice and encouragement in the lesson, great balance between the two.  She’s a fantastic teacher.
mother of Gabrielle Pichot
Discover the Musician Within
Phone: Call us at 01 4972333

Office Hours:
Due to COVID-19 registration is online only. Please give us a call if you need any assistance in enrolling online.

Our website uses cookies to distinguish you from other users of our website. This helps us to provide you with a good experience when you browse our website and also helps us to improve our site.